The County Recorder Registrar certified our legal referendum, and no one, not even the County is challenging 2/3rd of our referendum, which is legal and deals with the asphalt plant.

COME SHOW COMMUNITY SUPPORT TO THIS NEW JUDGE: Please join us and come to Amador Superior Court - located at 500 Argonaut Lane, Jackson, CA 95642 - on Friday December 4th at 10:00 am.

Why? Last June, the Amador County Clerk-Recorder Registrar of Voters officially presented to the Amador County Board of Supervisors a properly written, processed and Certified Referendum from us, with more than enough, legally obtained and verified signatures of registered voters in Amador County – to challenge the Asphalt plant and Strip mine Quarry (Newman Ridge) from being built just one mile from the City of Ione.

What should the Board have done in June? The County was mandated under California Elections Code law to fulfill their duties, requiring them to do one of two things:

Overturn their approvals of Newman Ridge, or...
Place the matter on a ballot for the People to decide.

What did they do? Neither! They decided to sue the Ione Valley Land, Air & Water Defense Alliance (LAWDA) instead! LAWDA is made up of grass roots supporters trying to save Agriculture and the Environment in Amador County from this terrible project. The Board also completely disregarded thousands of thousands of objections from their own constituents as well as several State Agencies.

Note: No one, not even the Supervisors, nor the Developers, dispute that two out of three of the actions challenged by the Referendum - a General Plan Amendment and Zone Change (which were done specifically for the project) are properly subject to the Referendum. The reclamation plan is the only point of contention.

Why is this Important? There were severe flaws in the project, including the reclamation plan, and thus we felt that the People should have a chance to vote on it.

A Referendum is a precious right in our Democracy preserved in our California Constitution. A Referendum provides an ability of the electorate (registered voters) to overrule the actions of their elected officials.

The County Board of Supervisors does not want to concede that the People have the power to overrule their actions. Instead of doing what the law tells them to do when their constituents speak up, they sued to try to intimidate us. It is not working!

The fact is that Amador County has not been able to point to a single legal case that has ever determined that a reclamation plan is not subject to Referendum.

Our Constitutional Rights: The County’s avoidance of their duties is a threat to the orderly workings of our Constitutional Government. They have tried to place themselves above the law and we expect to be vindicated (again) soon in court, which, by the way, will waste more of the Amador County taxpayers’ money. The Developers in this project are a backed huge San Francisco hedge fund founded by Tom Steyer.

The Ione Valley LAWDA, in contrast, depends on your donations to keep up this fight (Please see What You Can Do on this website) but rest assured, we will not stop.

More on the LAWDA Legal Documents
http://www.ionevalleylawda.com/LAWDA-Legal-Documents.html
Posted by Carol Harper, Community Media at 6:39 AM No comments:

Don't Let Us Become the State of Jefferson!

For the second time, the Amador Board of Supervisors have placed on their agenda, the "State of Jefferson." A group of people from the rural northern counties of California are wanting to break away from California and become the 51st state. Although this sounds extremely far-fetched, the Boards in several counties have already signed on to a declaration stating they support it.

Don't let Amador become one of those! The Board of Supervisors' meeting is Tuesday, Nov. 24.  We don't think this will come up before 11:00. The "Keep It California" group will be there to show why it is not feasible, financially and otherwise, for a new state  Please show up - we need to show lots of support for keeping us California! There will be lots of people from Amador and elsewhere to try to convince the sups. that they should sign the declaration--we need to show the supervisors that it is not supported in this county.

Thanks and hope to see you at the open house tomorrow at our office in the Mother Lode Plaza (557 S. Hwy 49--around the corner from Modern Cuts)  from noon - 3:00.

To listen to the recording, click on the link below:

http://amadormedia.homestead.com/Pastor_Karen_-_Right_to_Die_11052015.mp3
Posted by Carol Harper, Community Media at 9:24 AM No comments:

Adam Gottstein: “Big Time Underscores What a Spiritual Place We Have” 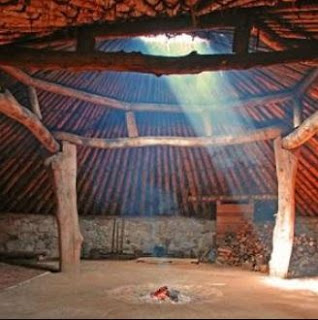 I’ve often thought that in certain geographical areas of California, one could easily imagine being back in a completely different era. The Central Valley can sometimes do that…like a scene from a colorful fruit or vegetable label on a wooden box or walking into Coit Tower and seeing murals depicting West Coast life from the 1930s.
A version of that occurred on Sunday, Sept 27th, as my mother Ruth and I strolled towards the Round House in Chaw’se Indian Grinding Rock State Park. Smoke curled out of the opening in the newly rebuilt roof as the hypnotic beat of the Miwok’s hand percussion instruments floated across the tawny colored grasses and the flat limestone grinding rocks. It was the annual Big Time event. Booths were set up and families with kids moved languidly, even though the temperature was in the 80s and not yet too hot.
At age 93, mom ambled slowly but purposefully using her walker, towards the Round House. I followed trying to take in the panorama, albeit using her “prism.” She has attended many Big Time events at Chaw’se over the years that she’s lived in Volcano, and she was greeted by a few of the State Park volunteers who recognized her.
As a stark contrast to the ancient feel of the day, three teenage boys were walking towards us. One of them was wearing a newly printed T-shirt…on the front the stark words: “F*** Serra” (in reference to the Pope’s recent decision to canonize Father Junipero Serra, despite his record of abuse and torture of California Natives) and on the back: “Ain’t No Saint” --  a reminder that for all of the new and at times, radical ideas this Pope has introduced--not all are embraced.
To enter the Round House (picture above), we had to wait until the drumming and dancing stopped for a break. We were instructed to keep the entry space into the building clear…as that was important to the ritual going on inside. Once we entered, the scene was mesmerizing. A fire with significant coals was burning in the center while men, women and children were chanting and dancing. Though most of the smoke rose with the heat and exited through the opening in the roof, it was still smoky inside the building…hot too, and the smell a somewhat uncomfortable reminder of our recent Butte Fire. However, this was only a momentary distraction.
This gem of a state park, host to the annual Big Time event, once again underscores what a special and spiritual place we have…right in our back yard. As we left, we learned that November is Native American Heritage Month. There will be an event taking place at Chaw’se on Saturday, November 21st from 1 to 3 pm. Fred Velasquez will be giving a presentation free of charge. I will post more about this on my Facebook page. Please plan on attending.
It is also a beautiful time of year to admire the towering oak trees. The park volunteers had just cleaned the grinding rocks…something they do four times a year--corresponding with the change of the seasons.
For more information, visit the website: http://www.parks.ca.gov/?page_id=553 or call them: 209 296.7488.

And a final footnote, there is a new Museum Curator at Chaw’se. His name is Lee Eal. Welcome him to the neighborhood: Lee.Eal@parks.ca.gov

Posted by Carol Harper, Community Media at 6:31 AM No comments: 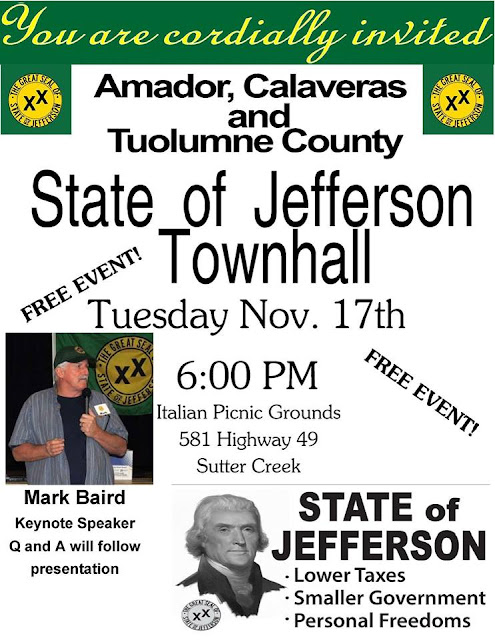 Posted by Carol Harper, Community Media at 9:32 AM No comments:

LETTERS TO THE EDITOR

Submit your letters to:
editor@amador.news